I love museums, the smaller and more local they are to a place the more I love them. And this one is an absolute gem. 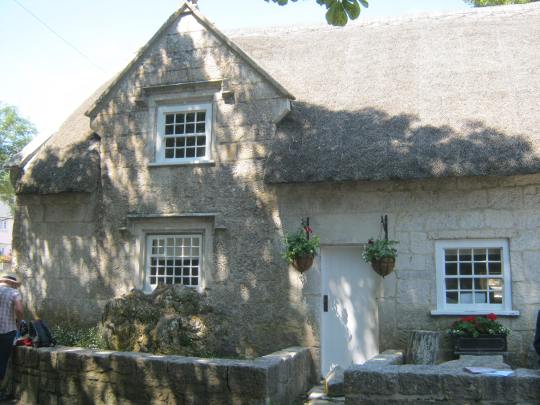 Inside two dinky little cottages, there resides the most eclectic mix of things . Assembled in part by locals but also by Dr Marie Stopes, more usually known to the world for birth control, than her knowledge of paleobotany (fossils). She had an impressive education for a woman born in 1880, gaining degress from UCL and Munich. Dr Stopes  bought the Higher Lighthouse on Portland Bill as a retreat from her academic life, and so came to know local people and customs, eventually deciding to found this museum to house everything.

So this is what caught my eye. 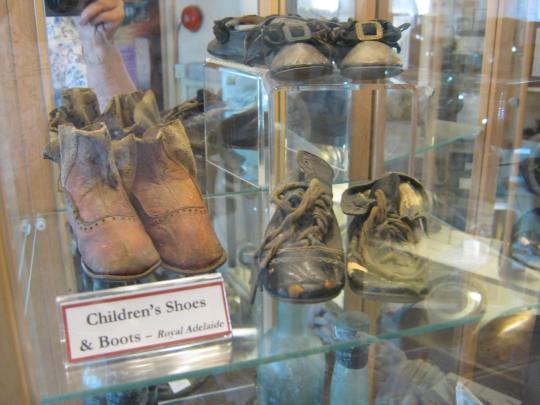 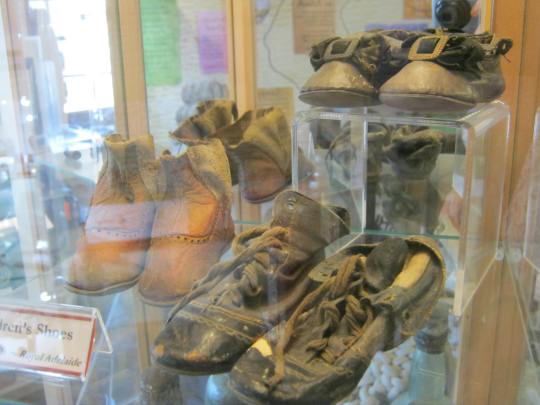 Shoes and boots found in local cottages to ward off evil spirits. I’ve spared you the mummified cats also found in houses to deter evil spirits. 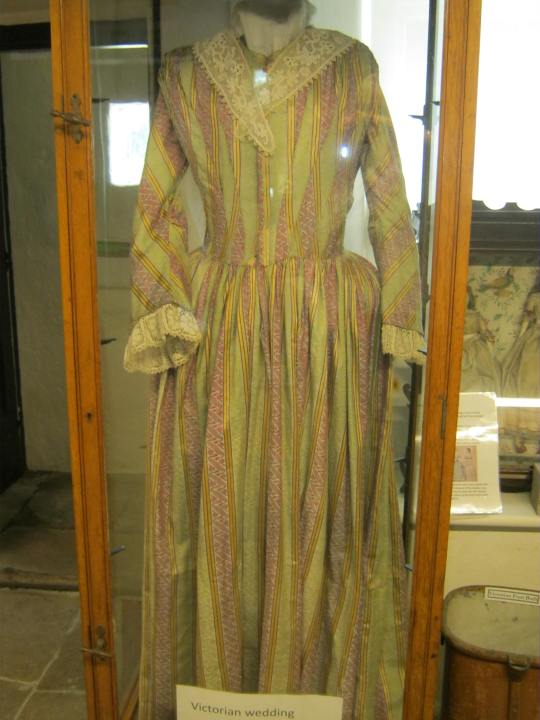 Victorian wedding dress, isn’t it pretty, what must it have looked like in its full glory? 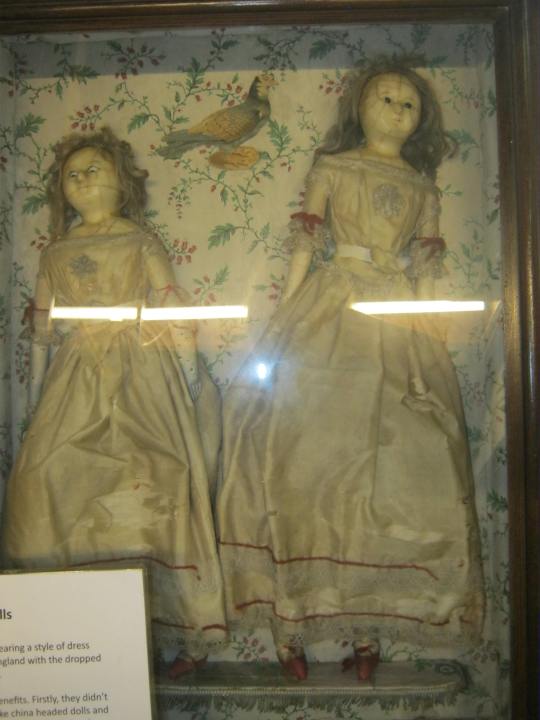 Two dolls which may have spent most of their life in the box as the backs of their dresses were apparently a pretty pink colour. 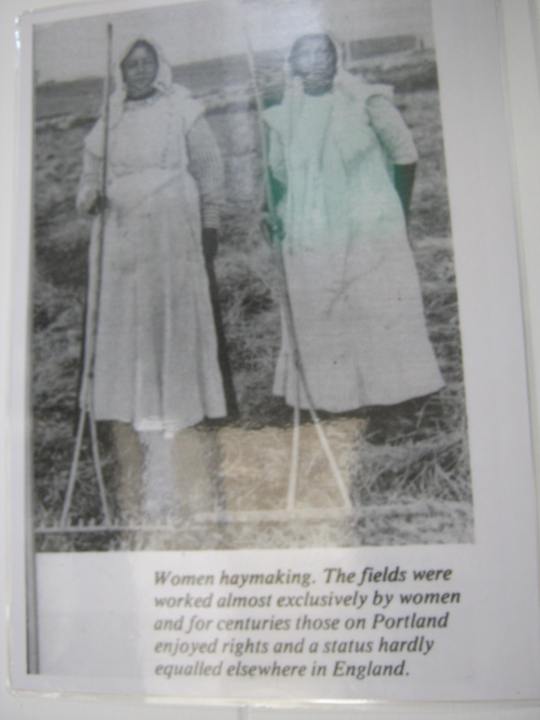 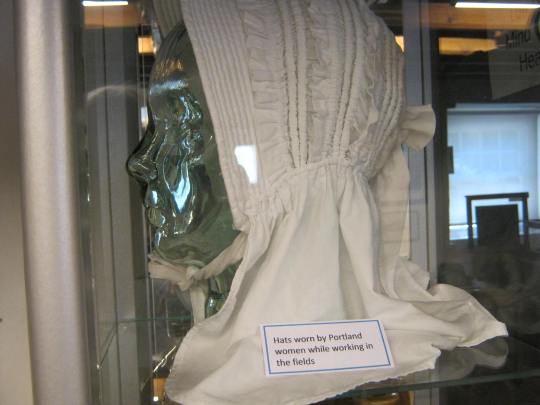 Here’s one in closer detail. I reckon the back is that shape to prevent sunstroke. Just look at the needlcraft.

Couldn’t leave this post without sharing some of the fossil collection. 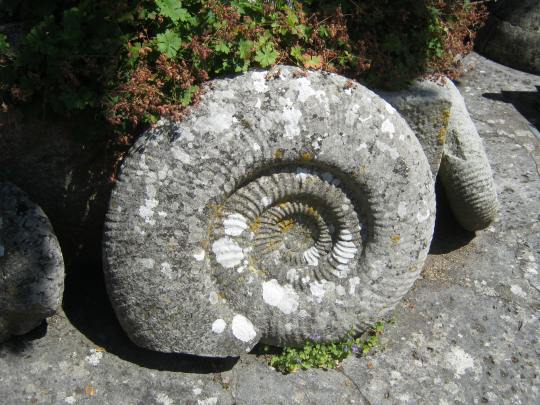 Giant Fossil. Now that’s what I call a fossil!

And if this isn’t enough Dr Stopes was friendly with Thomas Hardy whom she tried to recruit as a patron of the museum. He turned her down as he felt he was too old for a new venture. However he used one of the cottages as a setting in his novel The Well-Beloved,

My kind of museum. I wonder do you like museums, do you like little local ones as I do or prefer ones with national collections?