Quenington- forward to the past.

Last week’s exploration took us into Gloucestershire- it still is a novelty to me to cross all these county boundaries after the huge expanse of North Yorkshire- I expect I will stop banging on about it one day!

So welcome into this rather gorgeous and little known village- shame about the grit bin, but tells me there will be ice come Winter.

I love looking back into my family history and one branch of my maternal line brings me here. I have a wonderfully named Athaliah in the family who was born in Fairford. Her Mother Hannah was born in Quenington as was her mother Hannah and her father John. Athaliah’s father Anthony married her mother Hannah in this village. By my reckoning I have at least four ancestors buried in the church yard.

The parish church records are available online through Ancestry, and as original documents I can see that all signed their names with a X, none were able to read and write. I wonder what they would make of me gaily typing this on a computer on my knee. I think they would be pleased that education was available for us all in the West now.

Most of the surviving gravestones have been moved to a side wall and are illegible so I don’t know where under the grass my family lie, but they are here, In all probability they may never had gravestones which would have been beyond their means. Anthony and John were both agricultural labourer. John lived to the ripe old age of 82! Poor Hannah his wife to just 39.

I love these hens and the cockerill, that were rootling around this gravestone, a scene that might have been from the 1700-1800s when my family lived here.

The church was largely rebuilt in Victorian times after my family had moved on, but there remain original features, and it is quite special to think that what I can see and touch were seen and touched by Hannah, Hannah , John and Anthony. 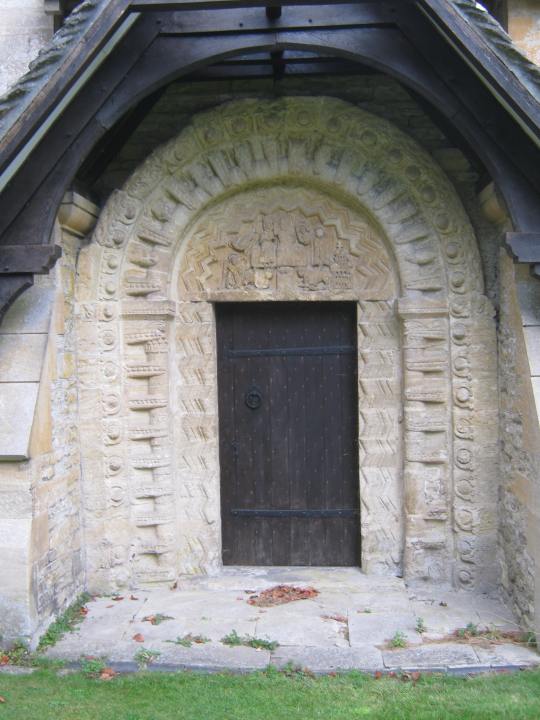 This gargoyle, one of many now inside the church, or was it a Saint’s head that survived the Reformation? 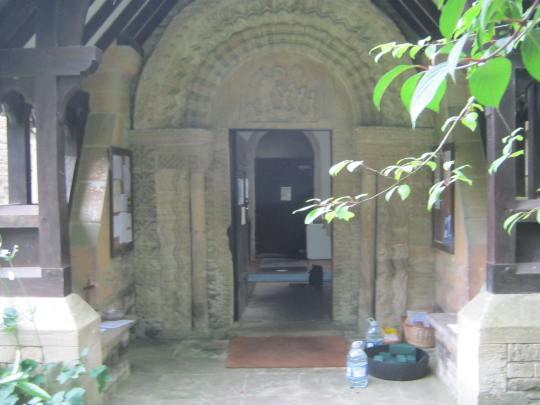 Now churches by and large are still closed due to you know what, so I was totally thrilled that it was OPEN when we went as a lady and her daughter were decorating the church for the daughter’s wedding the following day, and they were happy to allow me in for a look round as they worked.

I was excited to read the date on the font.

1662- this was then the font at which John and the two Hannahs were baptised. I couldn’t explore much of the church as the flower ladies needed the space so we left but not till Mr E had draw my attention to 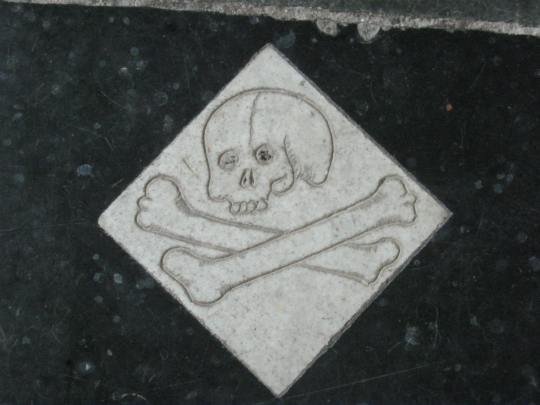 this tile on the floor. Humph!

We had a little walk round the village- golly it is pretty, lovely Cotswold stone , but mostly post date my connection to the village. 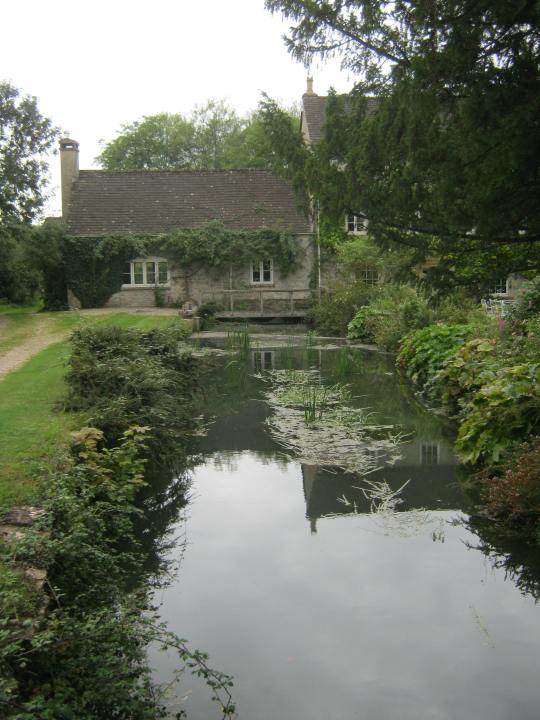 This is clearly one of the two mills mentioned in village history- one was for flour the other for paper making.

A bonny village to have connections too. I feel blessed to be able to come here, and think of where the family came from. From here Hannah and Anthony’s daughter went to live in Fairford and thence to Liverpool via London. I have come a complete circle, almost…