Yarn, Yorkshire and All Manner of Wonderful Things!

Seriously I have read all these books this month. I requested a lot and they came all at once, so what’s a body supposed to do hey, but read? I have still got a big heap to read- five to be precise. Should see me through the weekend! I shalln’t be requesting more for a while, after all I  do have you know what to prepare for. Here’s what I read.

Amor Towels- A Gentleman in Moscow- probably my favourite book so far this year. The writing is sublime. The pace is measured and exactly right. Count Alexander Rostov, gentleman of the title, is placed under house arrest in the Hotel Metropol. Not in his usual suite but in an attic room. Free to go where he likes within the hotel but not outside. Free to mingle with staff and guests. He makes the most of what he has. This book is just a sheer delight. Loved it.

And I have completed my first line on my book bingo card.

Jonathan Coe- Middle England- So as far as book bingo goes, I have a book here with a tree on the cover, a book by a male author and a funny book. It must be funny because the Guardian calls it “a comedy for our times.” Which probably tells you I smiled a bit but was not rolling around the floor with mirth. He is a new author for me, which means I hadn’t read the previous two books featuring the same characters, this doesn’t matter as it is a stand alone book.  Right moving on, I thoroughly enjoyed it, and it’s well crafted. It’s about Brexit and attempts to understand why people voted to leave and actually makes a sympathetic stab at it. It’s less good about showing why people voted to remain, except that they are happy with the status quo.  I think that is probably because he assumes his readers voted remain so don’t need that explaining. Which is a shame because I would have liked more on that and on the current state of the Labour party, and the seeming determination of MPs to say they will honour the referendum but then not. Love to know if anyone else has read this book and what you thought.

Margaret Atwood- The Testaments- A jolly good read. It’s a long awaited sequel to The Handmaid’s Tail. I thoroughly enjoyed it , but felt it lacked the power of the first book. Have you read it what did you think?

Eva Ibbotson- The secret of Platform 13- published three years before Harry Potter , comes this children’s story- with wizards, magical creatures, an magic island accessed through a gump to be found behind the old gents loo on Platform 13 at Kings Cross Station. There’s also a missing baby stolen by a a horrible rich couple. Sound famiiar? Anyway this is rather a sweet story, can’t believe I didn’t read it to my youngest, but I didn’t. I think Miss F might love it. 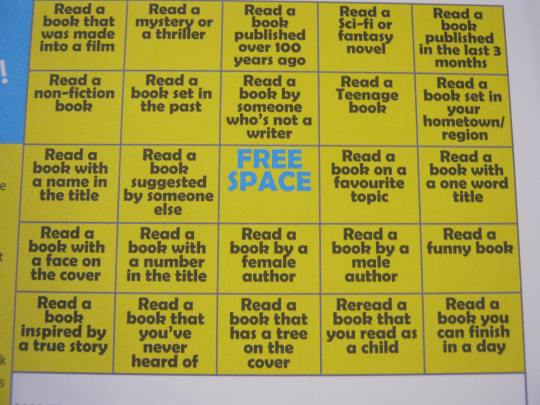 So that is my book with a number in the title. Thanks so much for the suggestion. Three out of five read along that line. Next up is a book with a face on the cover.

P G Wodehouse- The Little Nugget- I choose this for book bingo on a number of counts- published over 100 years ago   (1913), a funny book  and a book by a male author. However it also had a face on the front, so there we are. It did also make me chuckle which was nice. The Little Nugget is a spoilt son of a rich American and is prime target for kidnappers, as he’s worth a nugget.  When his parents divorce he goes to live wiith his father who sends him off to school. His mother is unhappy and her friend persuades her fiancee to pose as a school master and to kidnap him and return to his mother. Meantime there are two other kidnappers also after him for money. It was an enjoyable read and not my usual fare at all. Thanks to the person who suggested P G Wodehouse.

Adele Parks- Lies Lies Lies- A new to me author, and a good domestic thriller. All I will say is secrets and lies do ot a happy family make.

David Lagercrantz- The Girl who lived twice- being the third book he wrote following on from Stieg Larsson’s Millenium series( The girl with the dragon tattoo). A good thriller with the girl pursuing her sister whilst a mystery of deaths on Everest is resolved. I struggle with a large list of unfamiliar names, thank goodness for a character list of the ones I need to keep track of. And this represents another row on my bingo card.

Stacey Halls- The Familiars- loosely based on real people and the Pendle witch trials this is a thoroughly enjoyable historical novel. Fleetwood Shuttleworth and her husband live at Gawthorpe hall. They have already lost three babies and Fleetwood is determined to carry this pregnancy to full term with the help of her midwife. Then they get caught up in witch mania.

Agatha Christie- Endless Night- A few weeks ago I was talking to my DIL Mrs G and she mentioned reading an Agatha Christie and saying the book was different to the TV programme. Now I read most of Mrs Christie’s books a very long time ago, and the versions that are in my mind are now the TV dramas. Then I watched Endless Night in a repeat of the Miss Marple series and something didn’t ring true. So I requested and read the book. Miss Marple doesn’t appear in the book at all, but apart from shoe horning her into the story there are very few changes , and the ending is different. The book is better. I shall have to re-read some more. The only question is why on earth did the programme makers add in Miss Marple.

So that was an awful lot of books this month. Do let me know if you have read any of these, and a huge thank you for all your recommendations.