Having someone do the winter tidy up is nice. The chaps worked like Trojans and what would probably never have been accomplished by me was done by them in two days. It was lovely, almost an instant tidy garden.

But come the Spring and something stirs within me , at least, and maybe you too, which says go outside and weed. I half caught a radio feature one morning on the subject of soil. Apparently some enzymes/bacteria in the soil are released which wakes up plants  and says GROW. This is something we as humans can smell, that wonderful earthy damp smell of soil. The boffins thinks it kick starts nature every Spring. All I know is I like that smell, it makes me feel better. And so even though our garden doesn’t need it, thanks to the wonderful gardeners, I found myself yesterday afternoon in the garden weeding, which was actually me just turning the soil over. The sun was on my back and it felt wonderful.

So here are the few pictures I had taken earlier in the week. 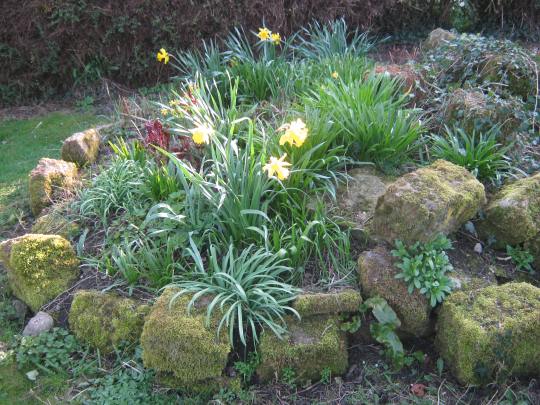 My rockery above the pond. 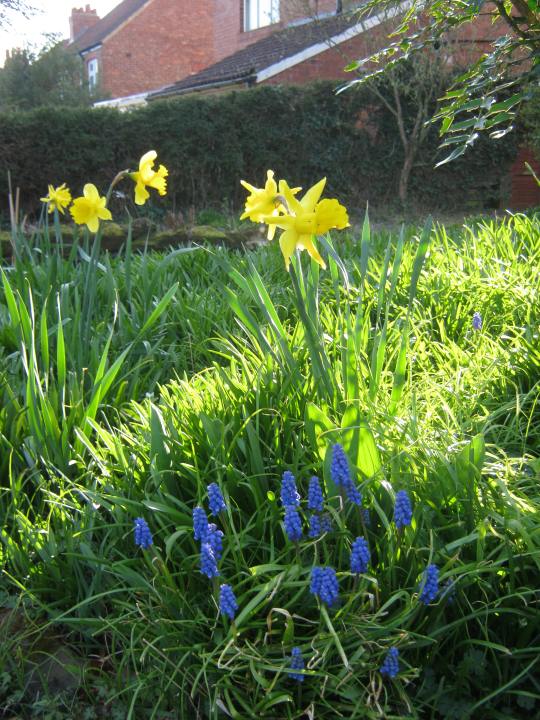 Yellow, green and blue, the colours of Spring

The first of the flowering shrubs. No idea what it called. 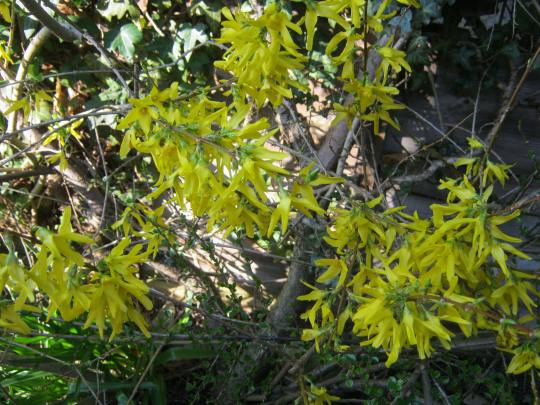 Forsythia, I am never quite certain if this began in the neighbour’s garden or ours since it is now either side of the fence.  It’s good to share.

Slightly nibbled at the edges by snails I reckon, but still a pretty pot of pansies by the door.

Running riot now in the stone urn, I love this colour combo. Who on earth ever said blue and green should never be seen. Clearly not a gardener.

Thanks for all your kind words yesterday. Sometimes I don’t know where I would be without you.

May today have some sunshine for us all.

This site uses Akismet to reduce spam. Learn how your comment data is processed.