May has been a lovely sunny month , lots of outings and opportunities to take photos for the scavenger hunt organised by  Hawthorn . Just as well as the prompts were quite difficult; here’s what I have come up with. 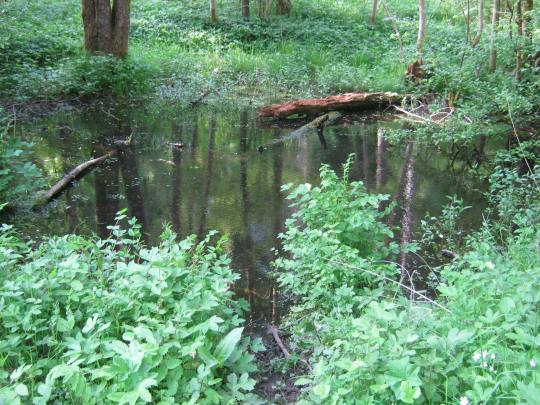 As a child we would walk through Hagg Wood and collect armfuls of bluebells. Knowing how memory plays tricks I have not been back in case the bluebells were not there, as the forestry commission have cleared and replanted since I last visited. The bluebells are still there and there is this rather nice, I hesitate to call it a pond, it’s probably just a very big puddle, but it looks so cool in the woods and there is a track to the water’s edge where I think badgers might go for their liquid refreshment. I didn’t pick the bluebells, I grow them instead these days.

This was a hard one, and be warned the second of my two pictures is tragic also.

Another walk I went this month took me by the beck, this tree has fallen right across the footpath and you can see where branches have been sawn off to permit passage.

This next picture makes me very cross indeed.

Lying across the path in Hagg Wood by the field boundary was this poor little creature. Hard to think it was a natural end, and certainly a disaster for the deer.

Moving on swiftly, we come to Movement. It has to be 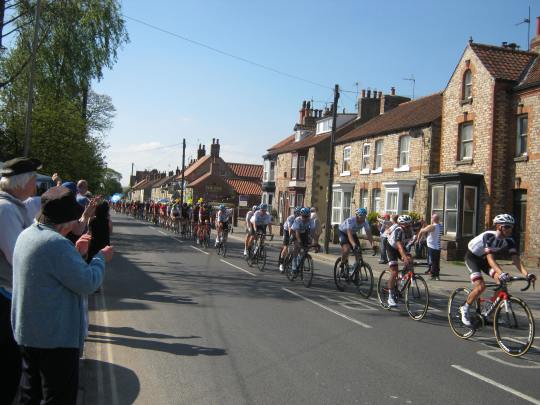 The Tour de Yorkshire, passing through town at the start of the month.

Fence. I love a good fence and I was jolly glad to see a sturdy one keeping these two in.

and the next has to be a typical Yorkshire fence if ever there was one. Frugal and very practical.

Next up is Spikey or Prickly. I took a lovely picture of brambles and wool caught on the thorns, but it wa hideously out of focus.

So instead we have a spikey fence. Readers from a long time ago might recall the saga of Wells Walk when a new homeowner tried to claim a very well used footpath as part of his land. Much legal shinanigins later he lostbhis court case and we the great unwashed won. Here is what part of his do not trespass fence now looks like.

And now to my Own choice 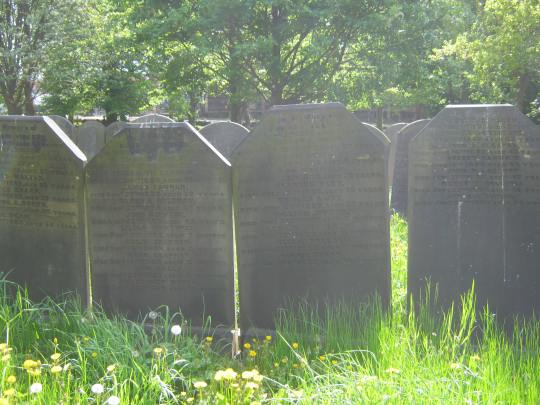 I visited the Becket St Cemetery in Leeds to track down a family plot, no headstone. I explored afterwards as you do, well maybe you don’t but I do and I was rather intrigued by these headstones. They are known as guinea graves. Poor people who couldn’t afford a grave of their own were buried many to a plot in paupers graves. Sometimes several on the same day. However their families were given the option to buy for a guinea a chance to have their loved ones names engraved on the headstone. This is what these are, and there a lot in the cemetery as the workhouse was just opposite, now rebuilt on as part of St James’s hospital.

And my other choice because this might be thought a bit sad is this rather nice garden arch near the Newbridge Cottages.

leading to the railway line of the North York Moors Railway.

I hope you enjoyed my selection this month, and do please have a look at those taken by others.

This site uses Akismet to reduce spam. Learn how your comment data is processed.